Our mission is to share our region with locals and visitors alike, bringing you closer to the lake district and all it has to offer.

The story of Hjejleselskabet is also the story of a local hero, Michael Drewsen, who founded the company over 150 years ago.

Michael Drewsen, along with a handful of gentlemen, began subscribing shares for a steamboat, but could only raise 3,000 out of the necessary 8,000 rigsdaler. Undeterred, Michael Drewsen decided to commission a boat costing 10,000 rigsdaler. This was only possible because the Danish state had granted him a loan of 5,000 rigsdaler. Today, we are very grateful that Michael Drewsen had an unusually good relation to Frederik VII and countess Danner, otherwise we would undoubtedly not have such an exquisite fleet in Silkeborg. 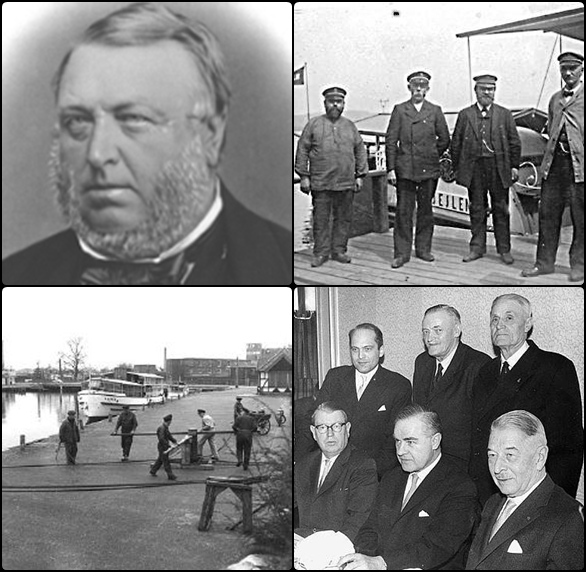 In 1861, Silkeborg had neither railways nor cars, so just imagine how the 2,000 inhabitants reacted to the sight of Hjejlen. And not to mention the price tag; 10,000 rigsdaler was an almost unimaginable amount of money. By comparison, an average worker earned about 150 rigsdaler per month and most people still lived on farms near Silkeborg.

As it turned out, the new company, was not quite as profitable as expected. The droves of tourists that had been predicted, did not show up, and the local inhabitants were not enough to fill the space aboard. Luckily, Hjejleselskabet was preserved, and Michael Drewsen was able to prove to his friends and acquaintances in Copenhagen that they were not the only town to have a beautiful and unique brand.

Hjejlen was built by the shipbuilders, Baumgarten & Burmeister in Copenhagen (later Burmeister & Wain) and was their 15th ship. Michael Drewsen aptly named the ship Hjejlen (plover) after the moor birds that were so prevalent in the area at this time.

The official inauguration occurred on June 24, 1861, where Frederik VII, countess Danner, Michael Drewsen along with specially invited guests sailed from Himmelbjerget to Silkeborg. 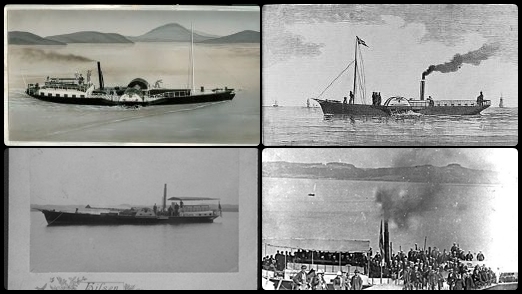 A lot has happened since then, but one thing remains the same, a steadfast dedication to our roots. Today our fleet consists of seven historical boats and one modern boat that meets accessibility requirements.

As for the actual company, it has 300 shares which are owned by about 220 shareholders. The biggest shareholder is Silkeborg Municipality, which owns 60 shares. The annual shareholder meeting is held at the Hotel Dania, the last Friday of February, at 19:30. This has been the case every year since 1861. We consider ourselves a regionally patriotic firm, and therefore do not pay out dividends, this was decided back in the 1960s. Instead, the company serves coffee accompanied by a cognac or liquor.

We are a company with strong historical roots in the region, and each day we look forward to sharing our passion for the region with locals and visitors alike. This website uses cookies to improve your experience while you navigate through the website. Out of these, the cookies that are categorized as necessary are stored on your browser as they are essential for the working of basic functionalities of the website. We also use third-party cookies that help us analyze and understand how you use this website. These cookies will be stored in your browser only with your consent. You also have the option to opt-out of these cookies. But opting out of some of these cookies may affect your browsing experience.
Necessary Always Enabled
Necessary cookies are absolutely essential for the website to function properly. This category only includes cookies that ensures basic functionalities and security features of the website. These cookies do not store any personal information.
Non-necessary
Any cookies that may not be particularly necessary for the website to function and is used specifically to collect user personal data via analytics, ads, other embedded contents are termed as non-necessary cookies. It is mandatory to procure user consent prior to running these cookies on your website.
SAVE & ACCEPT
X
Go to Top